It’s the world’s highest glass ceiling. Of the 3,755 climbers who have scaled Mount Everest, more than half are Nepalese but only 21 of those locals are women.

Aiming to change the all-male image of mountaineering in their country, a group of Nepalese women have embarked on a mission to shatter that barrier by climbing the tallest mountain on each of the seven continents.

The women, aged between 21 and 32, have already climbed Everest in Asia, Kosciuszko in Australia and Elbrus in Europe. They are preparing to climb Mount Kilimanjaro in Africa to mark International Women’s Day this week.

“The main goal of our mission is to encourage women in education, empowerment and environment,” Shailee Basnet, the 29-year-old team leader, said before leaving for Africa.  From Huffington Post 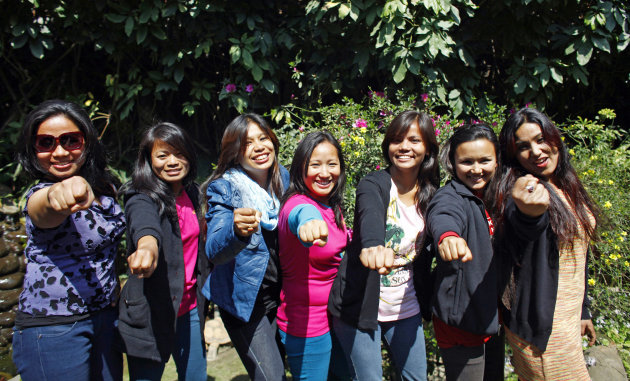